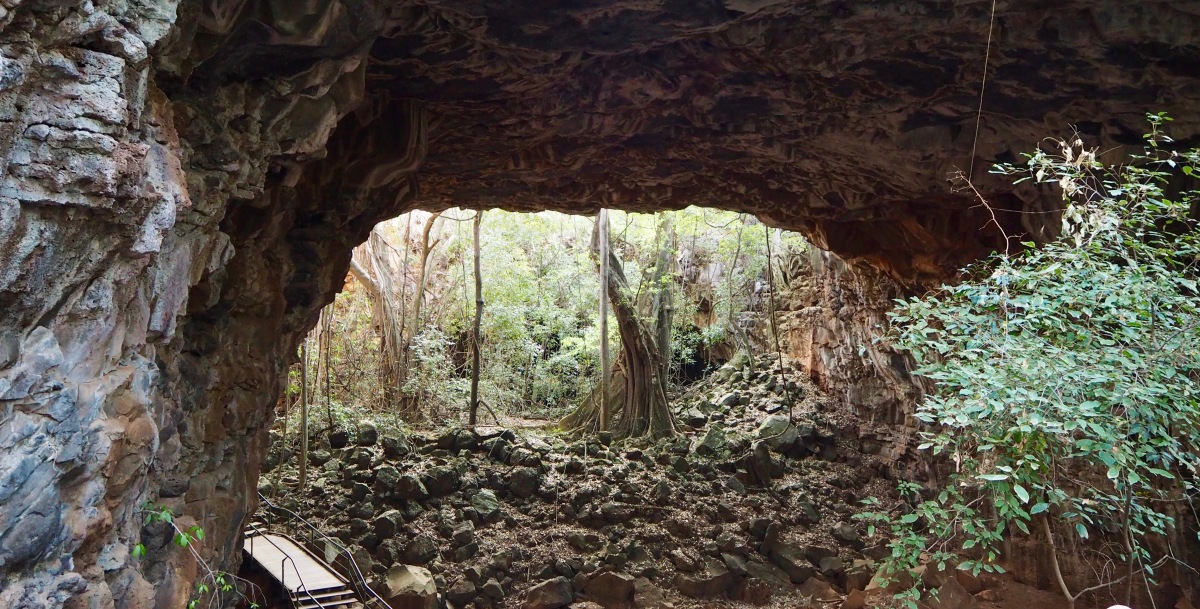 After leaving Karumba we headed back South then East towards Cairns, stopping at a small town called Croydon, here we found Esther’s high chair covered in ants in the back of the caravan, now spreading across the floor and up the wall… whoops, need to triple check it next time before we pack it in. A lovely park with lush grass, shade and lots of roo poo, which Esther thought she should taste test…

Next stop Mount Surprise, here we stayed at a small “caravan park” called Planet Earth Adventures for a total of $12/night (unpowered) with hot showers and clean toilets. The park owner who is also a snake handler brings around a huge black headed python and discusses safety and first aid with the kids, along with a chance to hold him. We really wanted to take a photo of Esther with the Python to scare the grandmas, but she was wiggly and more interested in the camp fire behind us so we left.

At this stage in our trip Esther was learning to climb stairs, we have two going into the caravan. Daniel happened to be 20m away foraging for wild cherry tomatoes and Esther was playing on the stairs, I was in and out of the caravan, shutting the fly screen behind me to keep the fly’s out all while trying to keep an eye on Esther. She was playing on the grass next to the van (she couldn’t move far at this stage), then lifting herself up standing by the step, then she would get up onto the step, but she would perch on the edge of the step, that’s when we would normally help her back down.

So there she was sitting on the step proud she got herself up there, without any idea how to get down, if I called out to Daniel it would startle her and she might fall off, if I opened the door I’d knock her off. So I just watched… as she tumbled off. Lucky kids are so resilient!

The next day we had a tour booked at the Undarra Lava Caves, we’ve always been so proud of how well behaved Esther is, until today. There were stairs, lots of stairs and all Esther wanted to do was climb up and down them by herself! Including when we were no where near the stairs she wanted to get down and would become quite vocal about it if she wasn’t put on the ground. The guide was sick of us by the time the tour was over, the granny’s thought Esther was cute, but the guide… he didn’t like having someone compete for his attention! That and I dropped my hat, my sunnies and my torch all at separate times. Worst behaved tour participants ever!