People say “flying with toddlers is a nightmare”. Yet when we flew home to Perth, Esther was a dream, as she did a lot of it! Flight was at 8:30pm, she was asleep in my arms after take off and then she enjoyed the 2 spare seats between Dan and I to sleep for the rest of the flight. On the way back to Brisbane I came to understand that saying,  we took a red eye (midnight) flight back to Brisbane… This is her at 2:00am Perth time, 2 hours into the flight. She loved the view of all the passengers from her little cot (which she just fit into).

She did sleep for the last 2 hours of the 4.5 hour flight (after the cabin lights were finally dimmed), she then woke up as we were preparing to land and screamed the whole time because she didn’t want to be strapped to me for landing or taxiing. We were exhausted to say the least when we arrived in Brisbane! Got a taxi at 6:30am to our caravan, then after a bit of a wait we drove… all the way down to Kingscliffe, had a beautiful breakfast at about 10:30am on the beach cafe strip, then we all went to bed for 3 hours! Which thankfully kick started us all back into the East Coast timezone.

We loved the NSW North Coast. With the convenience of a major city (Brisbane) near by when required, a real country relaxed feel and beautiful coastline. We think it would be a great place to live. Kingslciffe was so nice, a small surfy town south of Tweed Heads. We went into Tweed Heads for some shopping and a short swim in the bay. After a whirlwind visit to Perth, it was surprisingly nice to be back together in our van and on the road.

We took a day trip out to the Natural Bridge and did a short hike through the rainforest, followed by a visit to an icecreamy on the way back to Kingscliffe. A must visit as advised by a worker at the Tourist Bureau. Turns out his wife worked there! Any excuse for fresh icecream though right? 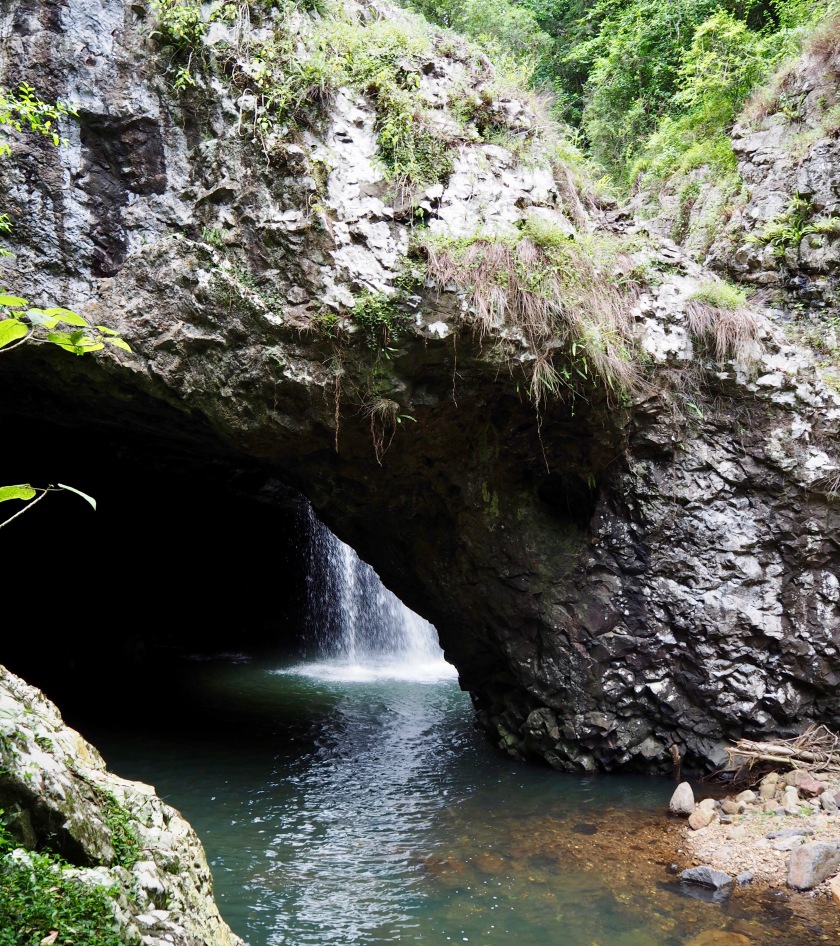 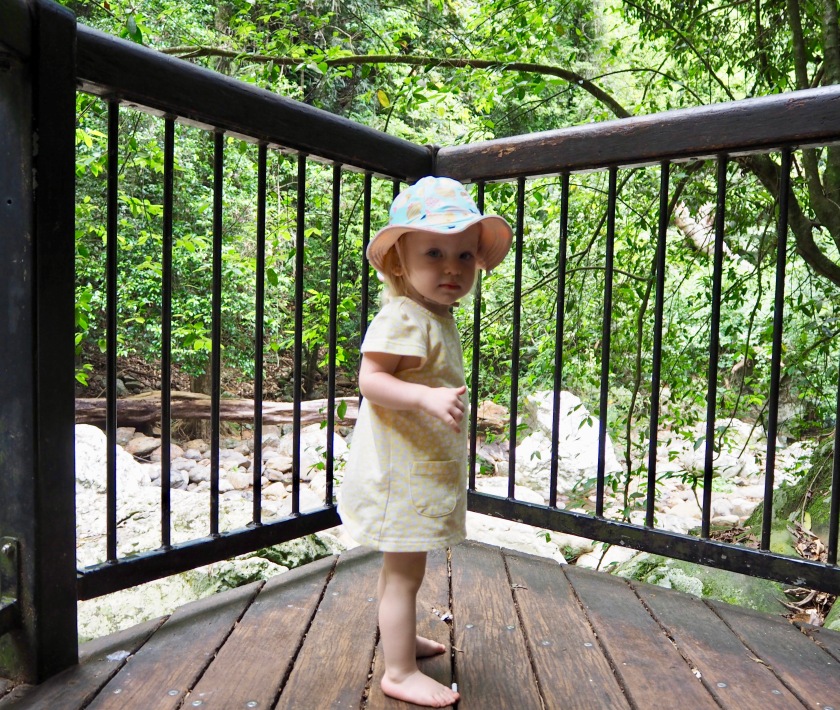 After Kingscliffe we headed south along the coast for Ballina, where we stayed at a great caravan park near Shaws bay, they had a toddler play room and a toddler water playground, as well as easy access to the shore.

We went for a day trip up to Byron Bay (beautiful town but super busy) and did the hike around the lighthouse, with magnificent views as you can see below. 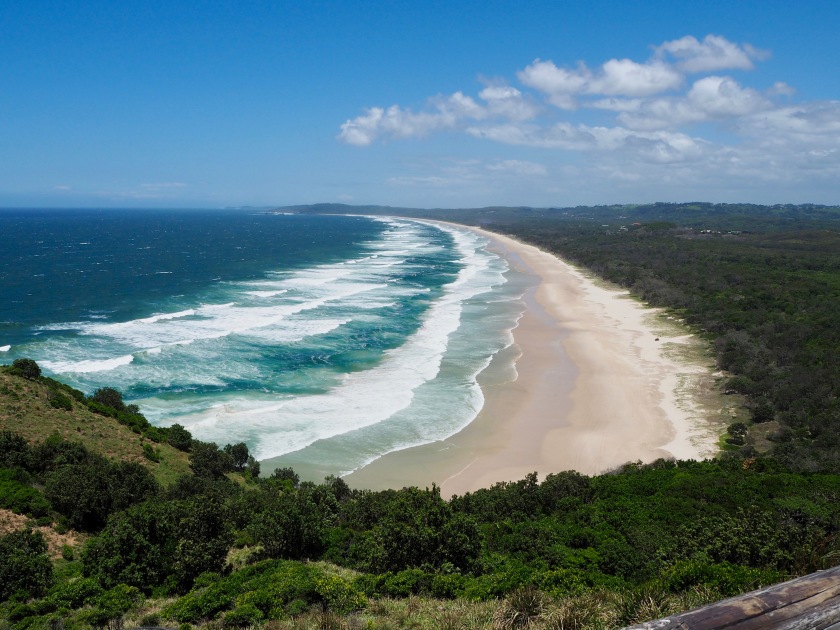 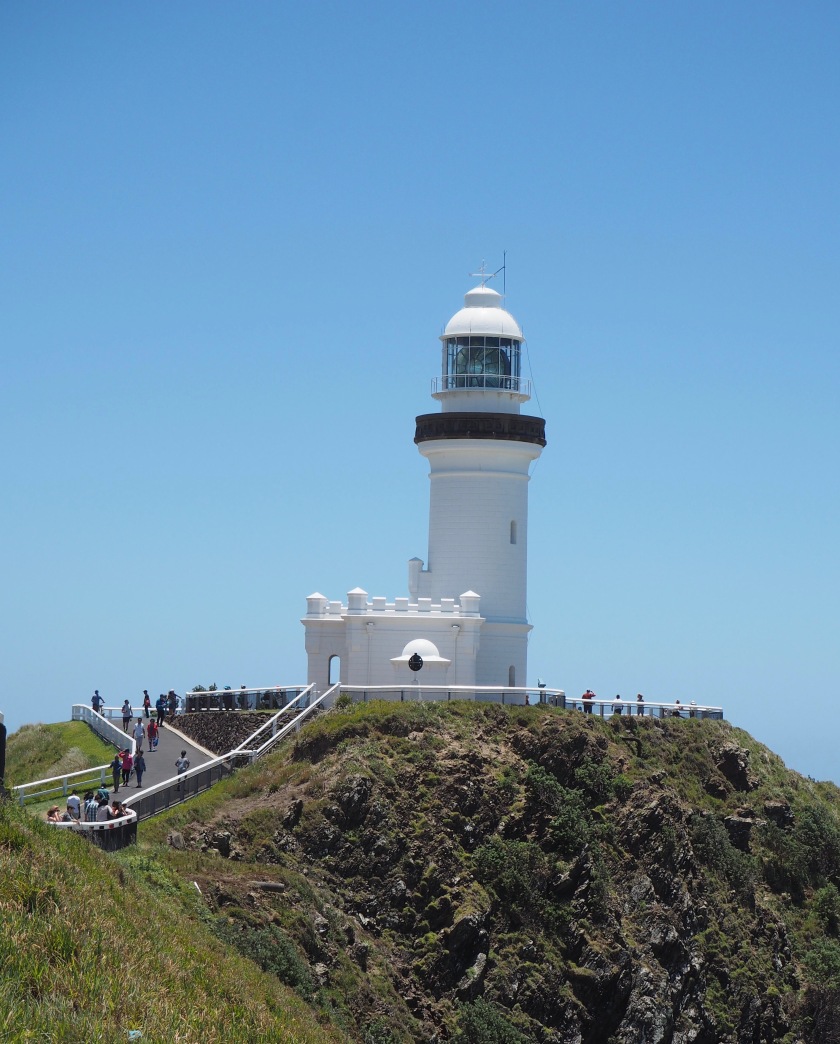 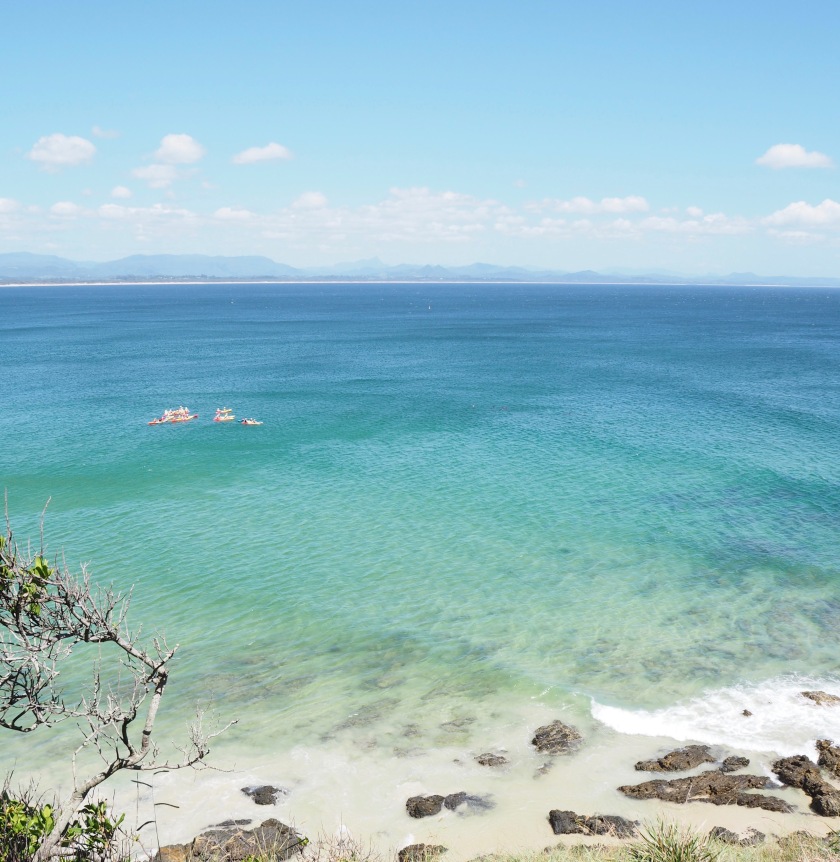 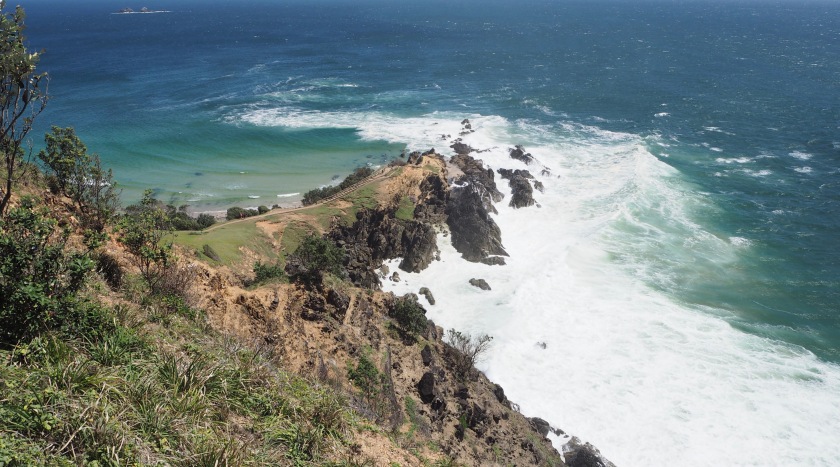 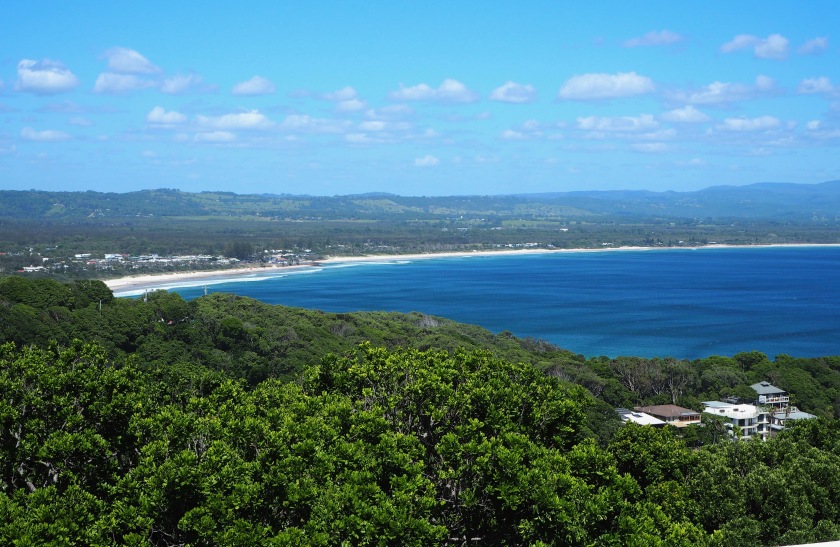 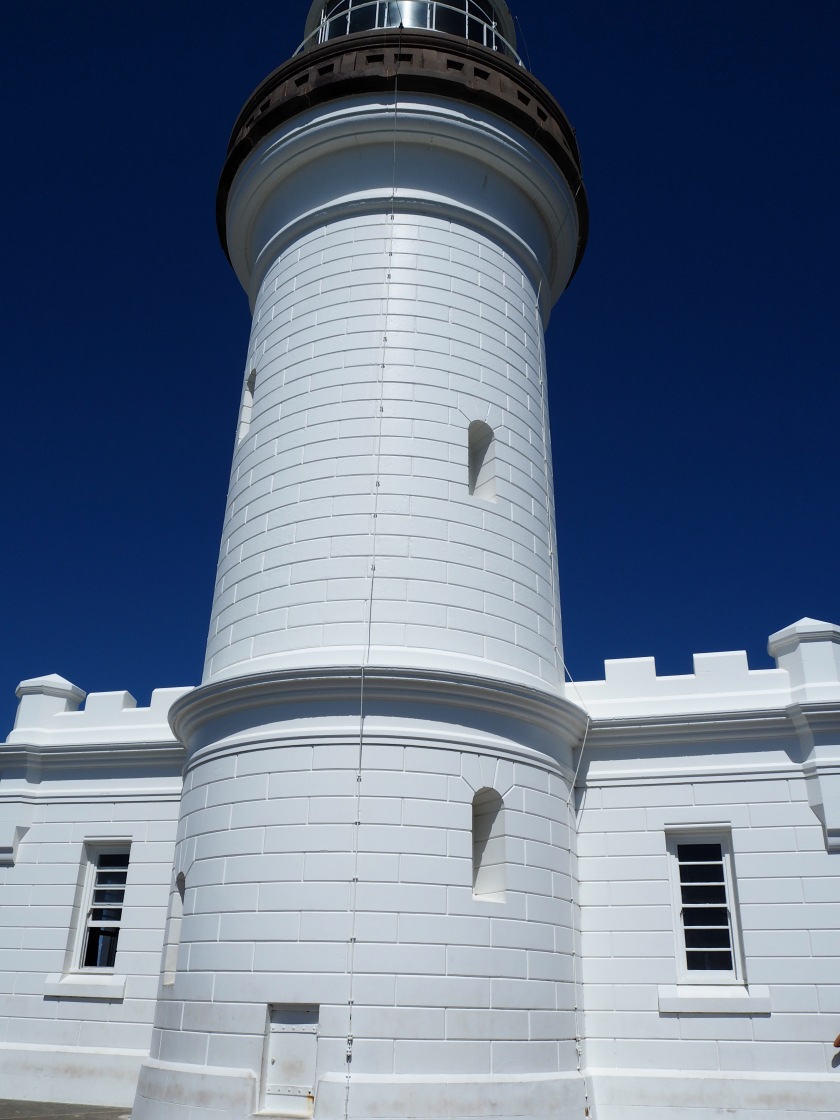 Known as Australia’s most famous hippie destination. We ventured out, I expecting something a bit more out of the ‘fairy shop’ but Dan thought it would be what it was. A little bit of a run down town that had its hay day when it hosted the 1973 Aquarius Festival. The weather was a little unpleasant the day we visited, 38 degrees celsius and humid, so walking around town wasn’t exactly enjoyable! The drive out there on the other hand through lush farmland and forest was gorgeous. Unfortunately no photos.