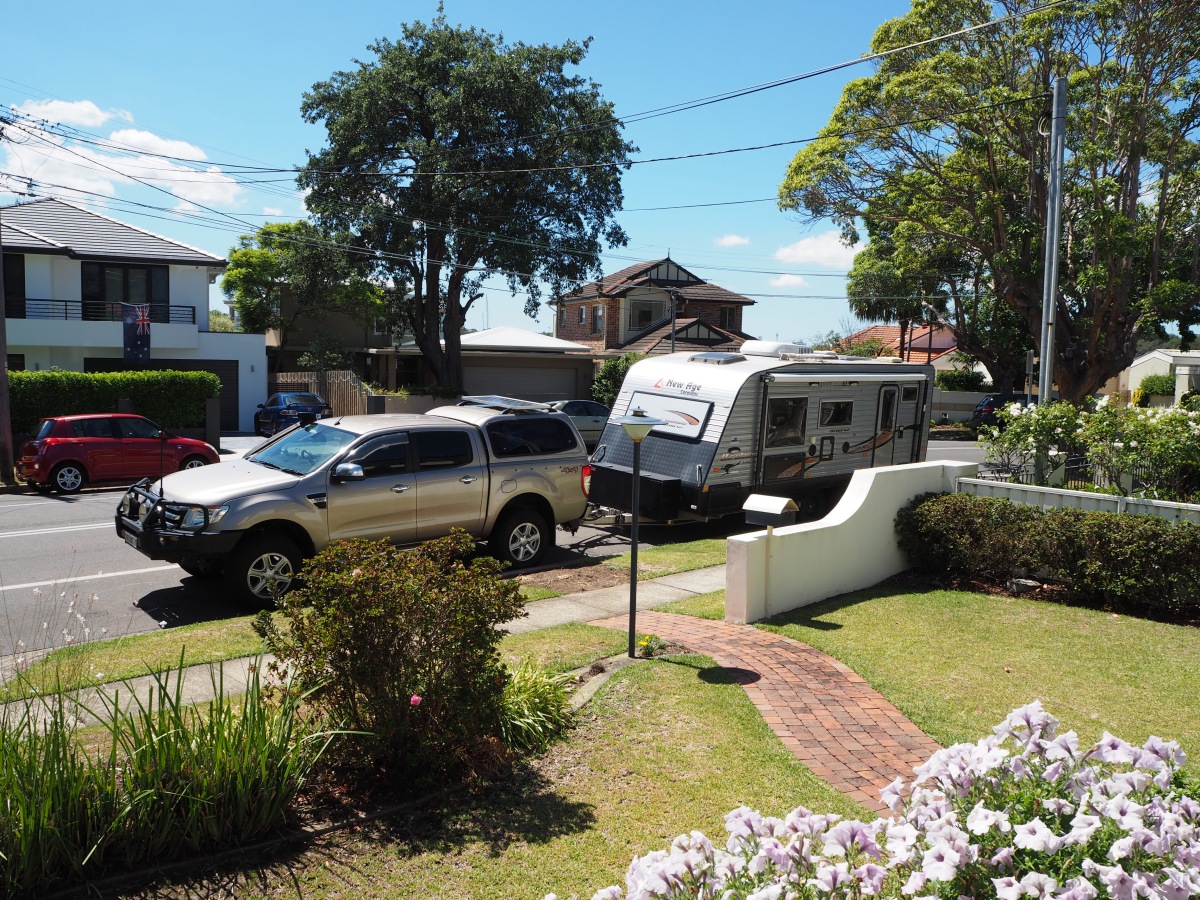 Driving into Sydney suburbs towing an 18ft Caravan was hairy.. but Dan did it, sweat marks on his shirt to prove it. As we squeezed our way through 3 lanes that appear to have been made from 2 lanes. Semi-trailers either side, breathing in, hoping it would make a difference, we made it unscathed into inner Sydney, warmly greeted by Dan’s Aunty and Uncle. We stayed a whole ten days (although it still wasn’t enough to win a round of Contract Rummy!), we enjoyed reconnecting and getting to know family, washed the caravan, bought some clean (no red dirt stained) clothes from the DFO’s, took Esther on her first train ride, visited the Bus Museum (Dan), with Bob & Carol’s hospitality so good it was hard to leave!

Dinner out on the Parramatta River.